Born in Santa Monica, California in 1951, Gary Hill was a surfer who became interested in sculpture in high school. He studied sculpture and painting in Woodstock, New York, and in 1973 he borrowed a video portapak from Woodstock Community Video (WCV). From 1974 to 1976 he was TV lab coordinator at WCV, producing tapes that "arose out of a dialogue with the properties of the medium." From 1975 to 1977 Hill was an artist-in-residence at the Experimental Television Center in Owego, New York, where he made use of various tools including the Rutt/Etra Scan Processor and David Jones's colorizer which Hill helped build. In 1976 Hill met poet George Quasha who, along with Charles Stein, inspired Hill's first experiments with language. Hill's early works investigated synthesized imagery, ecological subjects, and post-minimal political statements (Hole in the Wall, 1974). Hill's works exploring the intertextuality of image, sound, speech, and language emerged in the late 70s and early 80s, such as Soundings (1979) and Around and About (1980). Hill has gained an international reputation for his video art tapes and installations. 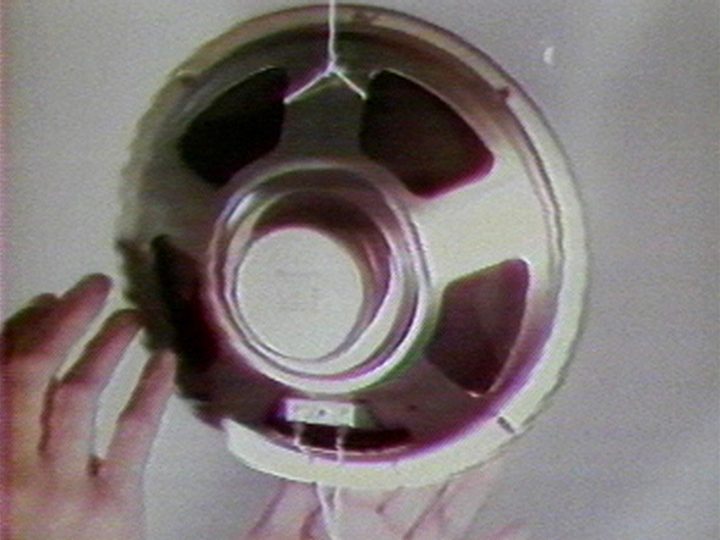