Nereyda García-Ferraz was born in Havana in 1954 and migrated to the United States in 1970. She grew up in Chicago and received her BFA from the Art Institute of Chicago in 1981. She has received fellowships from the National Endowment for the Arts, the Ford Foundation, and the Richard Diebenkorn Fellowship from the San Francisco Art Institute. Garcia-Ferraz founded the photography program at MCLA, the San Jose Center for Latino Arts. She is the co-producer of the seminal documentary Fuego De Tierra, which won Best Video Documentary in the 1988 National Latino Film Festival and has been shown at the Whitney Museum, Hirshorn Museum, and the Miami Art Museum. Garcia-Ferraz currently lives in Miami and has been teaching and exhibiting since 1977. 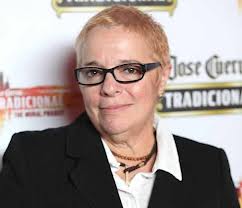