Born in 1937, Richard Foreman studied at Brown University and Yale University before founding the Ontological-Hysteric Theater in 1968. Since then he has written, directed, and designed over 20 major productions, including Rhoda in Potatoland, and Vertical Mobility. Foreman's productions are characterized by complex interplays between spoken language and visual tableaux. His videotapes represent the crossover between video and theatrical traditions, and were accomplished during a period when video dance and video theater emerged as more than mere documentation of performance. Artists like Foreman conceptually reinvented theater as a video experience, exploring the properties of the new medium. Employing disruptive devices that puncture theatrical illusions and audience assumptions, Foreman’s works are distinctive in their rigorously controlled compositions, complex linguistic structures, and intricate collusions of language and image, and as such are considered mainstays of the American avant-garde. Foreman's plays and essays have been collected in the publications "Plays and Manifestos" (1976), and "Reverberation Machines, the Later Plays and Essays" (1985). 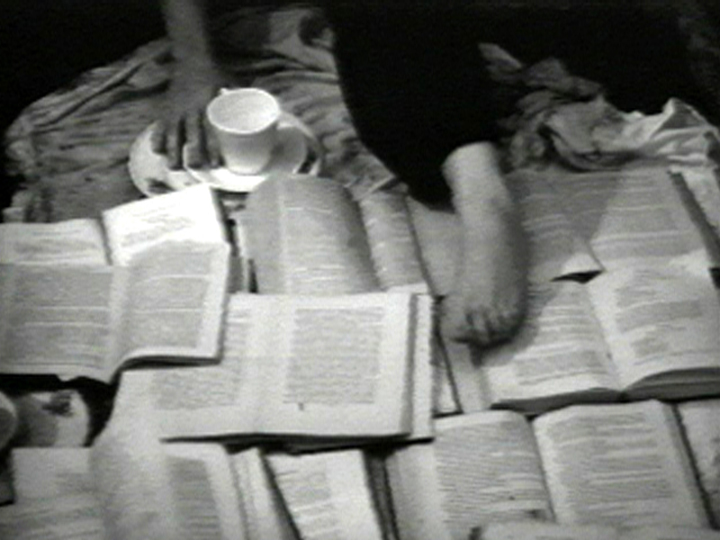