Sandi Simcha DuBowski (Director, Producer) is a filmmaker and writer based in New York. His project Trembling Before G-d was theatrically released in the United States, Israel, Canada, Germany, and in 2003, France and the UK (in the U.S. with New Yorker Films). Trembling Before G-d was launched at New York's Film Forum to incredible audience, critical, and box office response. It broke Film Forum's Opening Day box office records previously held by Paris Is Burning and opened in over 80 U.S. cities. Trembling has been the recipient of ten awards including The Teddy Award for Best Documentary at the Berlin Film Festival, The Mayor's Prize for the Jewish Experience at the Jerusalem Film Festival, and The Grand Jury Prize for Best Documentary at OUTFEST Los Angeles. The film was nominated for the 2002 Independent Spirit Awards for the IFC/Directv Truer Than Fiction Award. It was named one of the 10 Best Films of 2001 by The L.A. Weekly. It was co-produced and broadcast by Keshet/Channel Two in Israel, the first co-production with U.S. producers and broadcast in Israel in late 2002. It was broadcast by Arte in France/Germany in Summer 2002 and on UK's BBC, Denmark's Channel 2, Australia's ABC, Netherland's NIK, and other TV stations worldwide in 2003-2004.

DuBowski is a recipient of the Rockefeller Foundation's 1999 Film/Video/Multimedia Fellowship. In addition, his work has received support from Skywalker Sound--a division of Lucas Digital, Ltd., as well as over twenty-five foundations including The Creative Capital Foundation, The Steven Spielberg Righteous Persons Foundation, The Nathan Cummings Foundation, The Jerome Foundation, and The National Foundation for Jewish Culture's Fund for Jewish Documentary Filmmaking. Feature stories on the project have appeared in The New York Times, The Los Angeles Times, The Washington Post, NPR's Fresh Air with Terry Gross, The San Francisco Chronicle, The Boston Globe, The Miami Herald, Filmmaker Magazine, The Jerusalem Post, The Village Voice, The Globe and Mail, CNN, and BBC News, among other print and media outlets.

At the World Premiere of Trembling at the Sundance Film Festival, director DuBowski and Rabbi Steve Greenberg, the first openly gay Orthodox rabbi, hosted the first-ever Shabbat at Sundance and with partner Working Films, an unprecedented Mormon-Jewish gay dialogue. Since then, Rabbi Greenberg and DuBowski have traveled to forty cities doing 300 Q & A's, dialogues, events, discussions with organizations across faith, sexuality, age, racial, and Jewish denominational lines. Steven Spielberg's Righteous Persons Foundation awarded them seed funding to launch an Orthodox community education project in the U.S., Israel and the U.K. with the film (so far seventeen Orthodox synagogues have invited the film to screen). DuBowski, Rabbi Greenberg and Working Films inaugurated a tour in 2002 of Christian theological seminaries in the American South. DuBowski was named along with Mel Brooks, Bob Dylan, Pulitzer Prize winner Michael Chabon, New York Mayor Michael Bloomberg, and Senator Joseph Lieberman, as one of The Forward 50, fifty Jews who have been at the center of the year's events, demonstrating leadership, offering new ideas and representing a distinct Jewish presence in American life.

DuBowski signed with Keppler Associates, one of the country's largest agencies specializing in professional speaking engagements to launch a national university lecture tour. He served on The 10th Anniversary Hamptons Film Festival Documentary Jury and spoken on numerous panels at conferences and festivals from the International Documentary Association to Hot Docs Film Festival to the Independent Feature Project.

DuBowski's award-winning short Tomboychik, received the Golden Gate Award for Best Short Documentary at The San Francisco International Film Festival, was broadcast on WNET, and has screened at The Whitney Museum of American Art, The Rotterdam Film Festival, and The Jewish Museum's "Too Jewish?" show among other museums and festivals worldwide.

Previously, DuBowski worked for nearly three years as a Research Associate at Planned Parenthood Federation of America merging strategic analysis and video of the anti-abortion movement and the Christian right. One of the videos he produced, Missionaries Form Militias, which documented national anti-abortion leader Rev. Matt Trewhella calling for the formation of armed militias, was screened for Attorney General Janet Reno and top federal law enforcement officals after Paul Hill's murder of abortion provider Dr. Bayard Britton. The piece was excerpted on CBS News, reported on by The New York Times, Newsweek, USA Today, and The Nation, and is being used by the Northwest Coalition Against Malicious Harassment to train human rights activists. The pieces were broadcast in "Hey There Good Neighbor," a five-part series curated by The Whitney Museum of American Art and The Getty Center for the History of Art and Humanities. 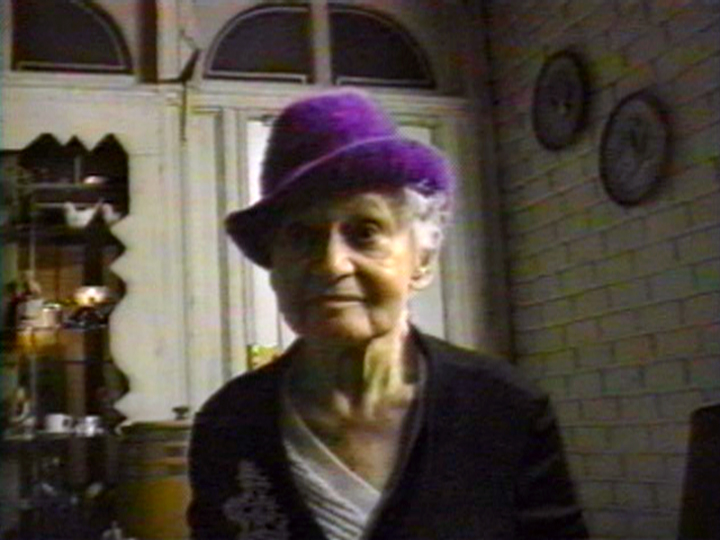