Wynne Greenwood (b.1977) is a queer feminist artist working with video, performance, music, sculpture and installation. After studying video production and art history at Rutgers University, NJ, in the late '90s, Greenwood moved back to her home state of Washington and began performing the art-band tracy + the plastics in 1999. For this project, Greenwood played the parts of all three band members, live as Tracy (singer) and in pre-recorded video images as Nikki and Cola (keyboards and drums). She toured the project extensively and in 2004 tracy + the plastics was invited to perform as part of the Whitney Biennial. In 2005, Greenwood was commissioned by The Kitchen to make an evening length work, ROOM, in collaboration with sculptor Fawn Krieger. Greenwood has also collaborated with K8 Hardy on the series New Report. In 2009, Greenwood was visiting faculty at Seattle University, teaching "Video, Performance and Identity." 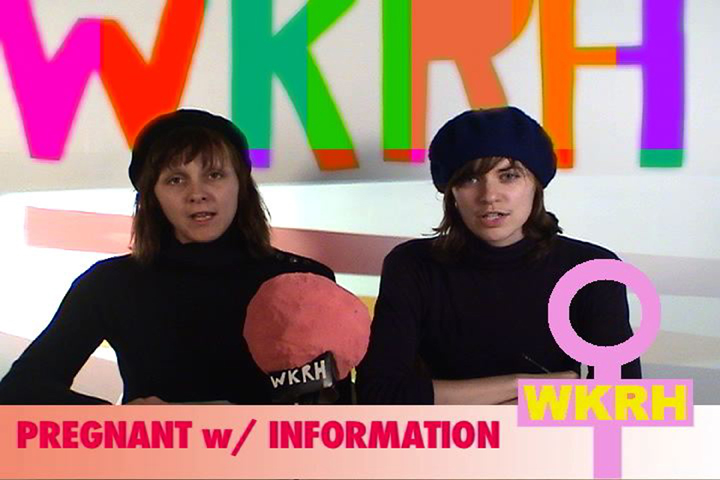