Independently Produced Interviews includes artist interviews and documentaries produced by external producers and producing organizations, including Artists Television Network, Long Beach Museum of Art, and the University of Colorado.  The section also features interviews produced by other artists, including Antonio Muntadas’ seminal Between the Frames, a series of programs focused on the art world through interviews that reveal the interwoven structures delimiting how art communicates, and how it is made, bought, and sold.

John Cage Reads from 36 Mesostics Re and Not Re Duchamp, 1978

John Cage’s work has had an immeasurable influence on 20th Century music and art, and his formal and technological innovations were tied to his desire to push the boundaries of the art world. In 1951 he initiated the first recording on magnetic tape, and in 1952 he staged a theatrical event that is considered the first Happening. His invention of the prepared piano and his work with percussion instruments led him to imagine and explore many unique and fascinating ways of structuring the temporal dimension of music. 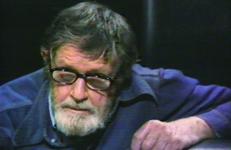 John Cage’s compositions and performances have had a profound influence on generations of musicians and artists. In this tape, he initiates For the Third Time as author Richard Kostelanetz interviews him. “I’ve left the punctuation out, but I’ve distributed it by chance operations on the page, like an explosion,” Cage says. “You can replace the punctuation where you wish.” 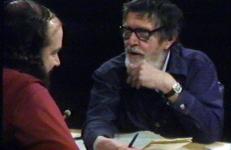 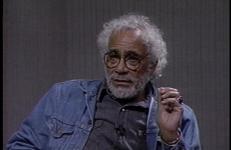 Jonas Dos Santos is a performance and installation artist from Brazil who came to the U.S. in 1968. His early work consisted of sculptural pieces in atypical spaces—caves and parks. His work remains informed by Brazilian iconography and rituals such as Carnival while also integrating responses to American culture’s tendency toward waste. His work, in particular his performance art, comes out of improvisation and intuition. This video incorporates still images of Dos Santos’s sculptures and footage of his performances. 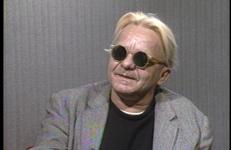 Painter/mixed media artist David Dunlap creates installations and performances that draw from the notebooks he has kept since the mid-’70s—giving three-dimensional, public form to his intimate thoughts and diaries. He lives and works in Iowa City, where he is a professor of art at the University of Iowa. 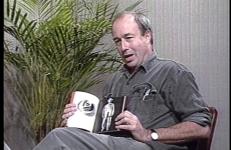 Cherokee-American artist Jimmie Durham has worked in performance since the mid-’60s. In the ‘70s, he immersed himself in activism, working for Native American rights as part of the American Indian Movement. In the ‘80s, his focus returned to producing art in multiple forms—performance, poetry, and mixed-media visual works—that consider Native American identity and critique American domestic colonialism. He has also published numerous critical essays. 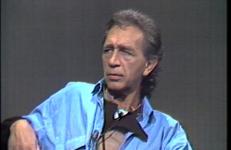 Michel Foucault was one of the most influential philosophers and cultural historians of the 20th Century, reconceiving power and identities as historically specific social relations and discourses. His studies challenged the works of Marx and Freud, offering new understandings of institutional practices and their effects on the human body and psyche in his studies of prisons, mental illness, medicine, and sexuality. 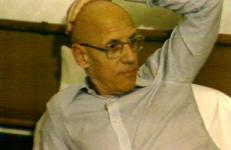 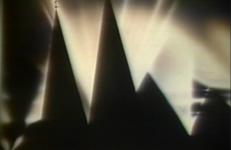 Guerilla Girls are artist activists who have dedicated themselves to informing the public of the gender and racial inequalities that persists in the art world. Dressed in gorilla masks, they discuss their postering activities and their collaborative projects. 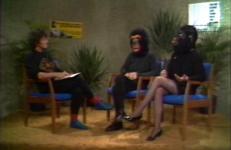 Elizabeth Hess addresses issues of censorship, AIDS, war, feminism, and politics in general. She has written extensively on women’s issues, contributes to The Village Voice, and is co-author of Re-Making Love: The Feminization of Sex (1986). Interview by Lucy Lippard. 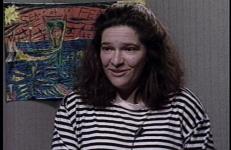 Les Levine has had a longstanding involvement with media. His works-video, installations, public posters, and other forms-have often dealt with the effect of images on our lives. "Media is in direct opposition to consciousness because it wants essentially to be your meta-consciousness; it wants you to respond to the world the way it has defined responses," Levine says in this interview with Steven Poser. 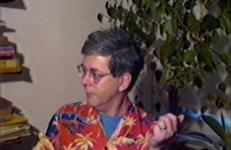 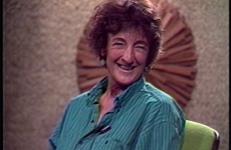 An intimate interview with filmmaker, videomaker, film critic, poet, lecturer, and curator Jonas Mekas. Born into a farming family in Lithuania on December 24, 1922, Mekas was imprisoned in a forced labor camp in Nazi Germany from 1944 to 1945, studied philosophy at the University of Mainz from 1946 to 1948, and relocated to the U. S. in 1949. In 1954, Mekas became editor-in-chief of Film Culture magazine and wrote a film column in The Village Voice from 1958 to 1975. 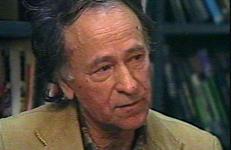 The second in a series of cross-cultural symposia organized by Lucy Lippard, the four artists interviewed here—Jolene Rickard, Robbie McCauley, Judy Baca, and May Sun—discuss their work and its cultural contexts. Moderated by Lucy Lippard. 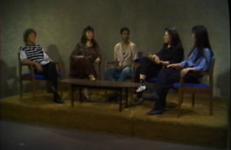 The third in a series of cross-cultural symposia organized by Lucy Lippard, the four artists interviewed here—Jean Lamar, Hung Liu, Lorna Simpson, and Kathy Vargas—discuss their work and its cultural contexts. Moderated by Lucy Lippard. 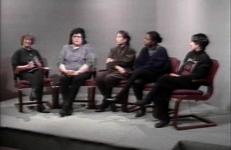