Kate Horsfield received her MFA from the School of the Art Institute of Chicago in 1976 and in the same year co-founded the Video Data Bank with the late Lyn Blumenthal. Horsfield was Executive Director of the Video Data Bank from 1988 to 2006.  Horsfield and Blumenthal began their research in contemporary art in video by producing over 200 video interviews with contemporary artists, photographers and critics, including artists such as Lee Krasner, Romare Bearden, Alice Neel, Joseph Beuys, Buckminster Fuller, and Vito Acconci. This group of interviews has become one of the largest and most valuable primary collections of resource material on contemporary artists in the country.  Horsfield has also produced serveral thematic anthologies of video and collaborated with Nereyda Garcia-Ferraz on Ana Medieta: Fuego de Tierra.  From 1980 to 1999, she taught courses at the School of the Art Institute of Chicago, the University of Illiois, Chicago, and the University of Texas, Austin.  After her retirement from Video Data Bank in 2006, Horsfield has split her time between New York, NY and Austin, TX. 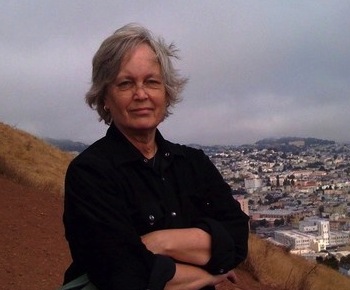