Sarah Friedland is a filmmaker and choreographer working at the intersection of moving images and moving bodies. Through hybrid, experimental, and movement-based filmmaking, multi-channel video installation, and site-specific live dance performance, she stages and scripts bodies and cameras in concert with one another to elucidate, distill, and revise the embodied patterns of social life and the body politic. Facilitating a research process integrating found movements, gestures, and postures from embodied memories, cinema and archival footage, and contemporary movement languages, she choreographs through practices of interviewing, pre- and re-enactment, adaptation, and improvisational play, shaping dances with diverse communities of performers and movers—from professional dancers to cohorts of seniors and teenagers.

Her work has screened and been presented in numerous festivals and film spaces including New York Film Festival, New Directors/New Films, Ann Arbor Film Festival, New Orleans Film Festival, BAMcinématek, Mubi, and Anthology Film Archives, in art spaces such as Performa19 Biennial, La MaMa Galleria, MoMA, Sharjah Art Foundation, and Manifattura delle Arti Bologna, and in dance spaces including the American Dance Festival and Dixon Place, among others. Her work has been supported by the Foundation for Contemporary Arts, Film at Lincoln Center, the Jerome Foundation, Dance Films Association, Art Factory International, NYSCA/Wave Farm, Rhode Island State Council of the Arts/NEA, Berlinale Talents, where she was one of 10 selected screenwriter/directors for the 2017 Script Station/Project Lab, and most recently by the Bronx Museum of the Arts, where she was an AIM Emerging Artist Fellow in 2020. Sarah graduated from Brown University's department of Modern Culture and Media and started her career assisting filmmakers including Steve McQueen, Mike S. Ryan, and Kelly Reichardt. Sarah has worked on collaborative research and writing projects with media theorists Wendy Chun on slut-shaming and new media leaks, with Erin Brannigan on the dancing body on film, and has an ongoing collaboration with writer, scholar, and programmer Tess Takahashi on masses and embodiment. She has taught workshops on dance film and been a guest artist at universities such as Brown, Yale, Skidmore, Reed, and University of Utah, in addition to teaching filmmaking in senior centers. In 2021, she was a Pina Bausch Fellow for Dance and Choreography, collaborating with artists Wen Hui and Eiko Otake, and a NYSCA/NYFA Fellow in Video/Film. 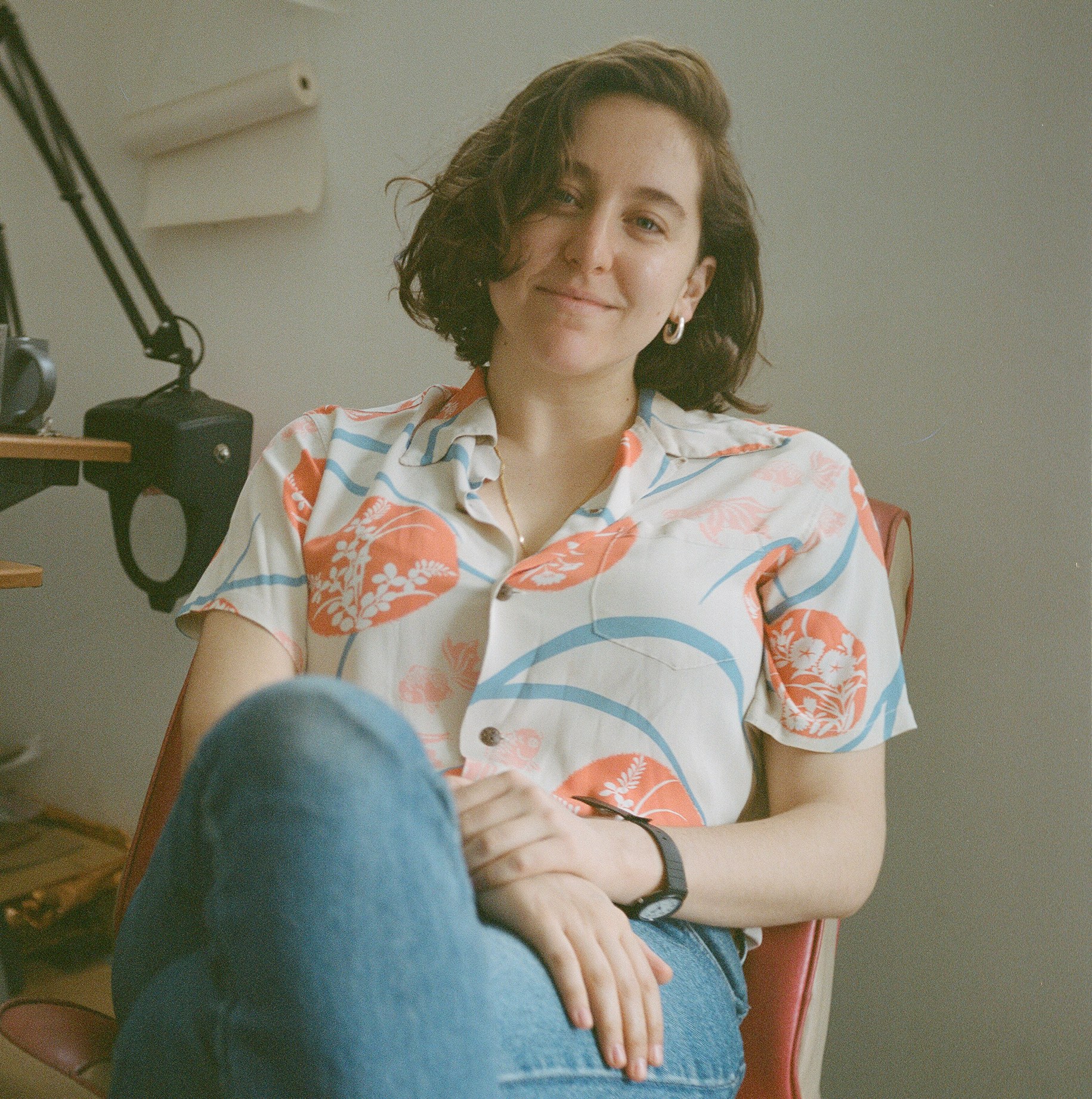