Radical Closure, Program 3: At the Border 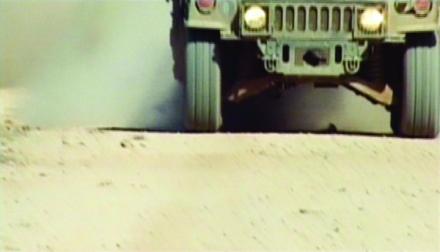 Border situations have inspired writers, artists and filmmakers, particularly within the context of divisions and border control within the Middle East. Who draws the borders? What are the effects of imposing them, of imposing checkpoints? This program looks at border situations. In the works presented here, we take a close look at the lines of demarcation, observing what happens on borders in divided Lefkosia (Nicosia), the occupied territories in Palestine, and at the excavation of the site of a former border in Lebanon which no longer exists.

For a further examination of work which evokes the theme of this program, it is worth seeking out Tawfiq Saleh’s feature The Dupes (1972), about Palestinian refugees in Iraq who die while attempting to cross the border into Kuwait, traveling inside a metal water tank through the desert.

The third in a film triptych, Lefkosia was shot from within UN controlled territory on the border between south Cyprus and the Turkish occupied North. Like the previous two parts, this episode…

Detail is indeed a detail. It is an excerpt from Mograbi’s feature film Avenge But One of My Two Eyes, where human conditions face military situations. This is a detail of the reality as lived by…

Chic Point was shot in a fictional location: the occupied catwalk. Employing all the elements of a fashion show, models reveal their abdomens in outfits designed especially to suit Israeli…

Following the Israeli withdrawal from Ain el Mir in 1985, the village became the frontline. The Dagher family was displaced from their home, which was occupied by a radical resistance group for seven…