Köken Ergun (born 1976, Istanbul) is a Turkish artist working in film and installation. His films often deal with communities that are not well known to the greater public, particularly the importance of ritual in such groups. Ergun usually engages in a long research period for his projects, and spends considerable time with his subjects before starting to shoot. He also collaborates with ethnographers, historians and sociologists on publications and lecture series’ as an extension to his artistic practice.

Having studied acting at the İstanbul University, Ergun completed his postgraduate diploma degree in Ancient Greek Literature at King's College London, followed by an MA degree in Art History at the Bilgi University. After working with American theatre director Robert Wilson, Ergun became involved with video and film. His multi-channel video installations have been exhibited internationally at institutions including Palais de Tokyo, SALT, Garage MCA, Stedelijk Museum Bureau Amsterdam, Protocinema, KIASMA, Casino Luxembourg, Para-Site and Kunsthalle Winterthur. His films have received several awards at film festivals, including the Tiger Award for Short Film at the 2007 International Film Festival Rotterdam, and the Special Mention Prize at the 2013 Berlinale. Ergun’s works are included in public collections such as the Centre Pompidou, Stadtmuseum Berlin, and Kadist Foundation. 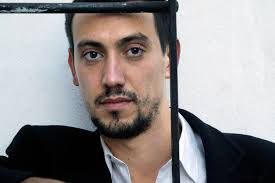