Born in 1943, William Wegman studied painting at Massachusetts College of Art and the University of Illinois, Urbana. He began producing short, performance-oriented videotapes in the early 1970s, which are considered classics. Many featured his canine companion, a Weimaraner named Man Ray. These tapes are dead pan parodies of "high art" using sight gags, minimalist performance, and understated humor.

Describing the process behind his tapes, Wegman says, "I present a situation and develop some kind of explanation around it. By the time the story is over you get to know why that particular prop or mannerism was displayed." Recorded as single takes in real time, Wegman used portable video's intimacy and low-tech immediacy to create idiosyncratic narrative comedy. Wegman was among a group of artists to produce work through WGBH's Television Lab. In recent years, Wegman has become famous for his hilarious and touching photographs of other Weimeraners who are Man Ray’s successors. 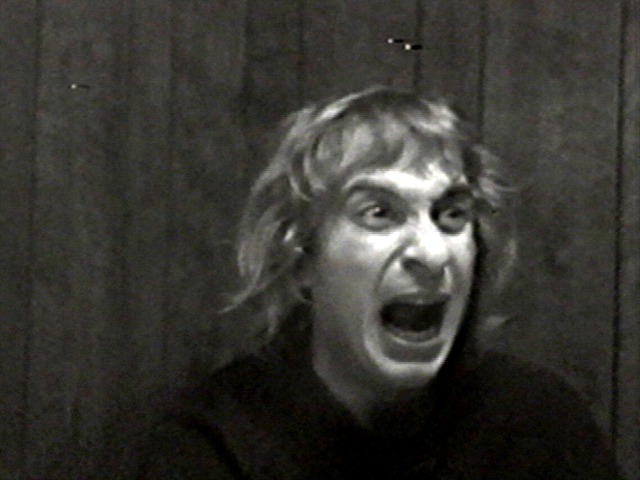