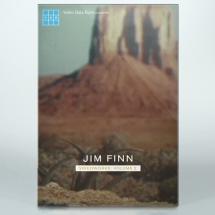 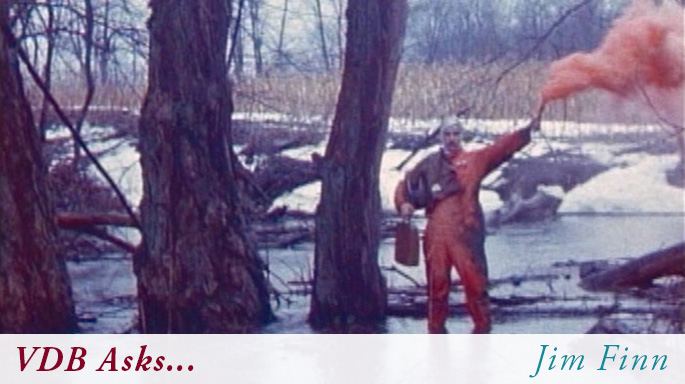 I grew up in University City, Missouri on the other side of Forest Park from the city of St. Louis and went to Catholic Schools with the St. Joseph nuns, Jesuits, Benedictine monks and Christian Brothers. I was a smartass and somehow the nuns were better able to deal with that in a way that was not an authoritarian steam crusher. I would get in trouble for talking or acting up or various things but they never hit me and I feel in retrospect that they actually loved me. The quasi-fascistic boys’ schools with male Catholic orders, I only lasted two years each in. The religion department at the Christian Brothers School was very radical. They had their own floor and we analyzed George Harrison lyrics and read Buddhist poetry and had speakers talk about liberation theology. It really had an effect on me.

When I was growing up, KPLR Channel 11 in St. Louis played movies all day on Saturdays with lots of commercial breaks and interrupted by soap box - a citizen venting, public access kind of deal. So we would play outside or whatever and I would always be able to turn on Channel 11 and get this weird disjointed film history course. I had a pretty normal kind of 70’s Midwestern kid upbringing, but I always knew I was a bit different. I saw the world in a different way than most people. My mom’s family were pretty loud, funny furniture salespeople who loved Reagan. My dad’s family was from Pennsylvania: my Grandmother had a degree from Carnegie Mellon and my grandfather was the acquisitions editor for a big medical textbook company. They supported the arts and were a bit more formal and liberal and couldn’t stand Reagan. Everybody was Catholic, but as my Grandmother Finn got Alzheimer’s she used to rail against Nixon, Reagan and Pope John Paul II with total clarity. On both sides of the family there was a strange simultaneous respect and mockery of authority but from very different angles. Very Irish, I think.

I studied Creative Writing, mostly poetry, in undergraduate. I worked with Guatemalan refugees in the early 90’s with an ecumenical Latin American solidarity group called Witness for Peace. I bought a Pentax camera and took out Time/Life photography books from the library and shot tons of photos while I was there. I was like a travelling photo-mail art service. My passport and organizational support meant that I could go across borders and through regions that refugees couldn’t. So I would have the photos printed at a local lab in Chiapas and give copies to family members that I would visit. I moved to Chicago and meant to work on my writing, but I took darkroom courses in the community college system there and fell in with a bunch of musicians and artists involved in the Butcher Shop Gallery on Lake St. and met two filmmaker friends -Dean DeMatteis and Butcher Walsh. I bought a 16mm Bell and Howell to connect the photo with writing. I kept up with film but transitioned to digital and analog video.

I made my communist trilogy—short features—from 2005-2010. I used all the tricks I learned from making short films and videos as well as poetry and photography. I went to grad school in electronic arts at Rensselaer Polytechnic Institute to have time and space and student loans to work on my films. I basically did what the country did: just poured everything on and went into debt (which I am still paying for). Since then I have made some short films and a doc and had a baby and now a new job teaching film/video at Pratt Institute in Brooklyn. So it is more challenging now. But this summer I am writing a new movie and editing a long short piece I’ve been working on for a while so I’ll let you know.

I have this very strange relationship with politics. I am obsessed with it as many are, and it comes into my work, but I see it as a kind of material to make forms from. In my personal life, I’m sort of a fairly standard moderate progressive type human, but I am interested in fucked-up leftists. They are more interesting to me than fascists or liberals. I keep coming back to failed leftists or authoritarian leftists or marginalized leftists who may or may not be right.

I am amazed by how prolific and nutty Jodie Mack is. I am a big fan of Matt Porterfield’s. One of my new all-time favorite movies is Ron Mann’s Dreamtower, which is now required viewing in all my classes. Rich Pell and Paolo at Molleindustria are taking over the Pittsburgh planet making really interesting work.

I was virtually part of Yael Kanarak’s High Performance Gear at Bitforms, which looked great. I went to dOCUMENTA (13) last summer and saw built-out artist huts in this giant park. Every museum and public space is taken over every 5 years in the town where the Brothers Grimm are from.

The best screening was probably when my film el güero screened in a courtyard of some 18th Century building in The Netherlands as part of Impakt Festival. I remember it so well and they couldn’t find or didn’t get my $150 3-minute Beta PAL and screened the VHS preview tape instead. The colors were terrible and it looked blown out, but I was sitting on a red ball outdoor chair and drinking seltzer or something. It was great.

Right now I am busy working out the rules of a parallel universe where leftists live on different reality planes and try to figure out how to move across the astral plane to get to our plane. Hint: water is involved.

Well now that I have a newish human, my brain is adapting to work out after he’s asleep or at nap times or something. But I usually mill stuff about in my head for quite a while. I like to shoot before thinking it through so that I can edit and write simultaneously. I find it very painful to sit down and say OK now I am writing—now I am pre-producing—now I am filming—now I am editing—now I am promoting. To be an official filmmaker, that is the order you have to do things in. To be an artist you can jumble it up a lot more. For me I need to create an alternate structure. Otherwise I am just talking to myself. I build the structure in the writing and the narrative and the video that I’ve shot or want to shoot. I know it’s done when I’ve watched it about 10,000 times and cannot do anything else to it.

I’ve been researching crime and mysteries right now. So I watched Top of the Lake with their weird bipolar policing and reading a PJ James novel and just finished the Whitey Bulger biography. I’m also reading a New-Agey, Da Vinci Code sort of book called Labyrinth as well as The Plantagenets: The Warrior Kings and Queens Who Made England. Power and the Middle Ages, what’s not to love?

Well, thanks for this. It’s a heat wave on the East Coast. This has been a pleasant distraction.

Jim Finn has been making films, videos, revolutionary needlepoint pillows and photographs for over a decade. His award-winning movies have been called "Utopian comedies" and "trompe l'oeil films". His works Decision 80, super-max, Dick Cheney in a Cold, Dark Cell, and Great Man and Cinema have been compiled onto Jim Finn Videoworks: Volume 2.