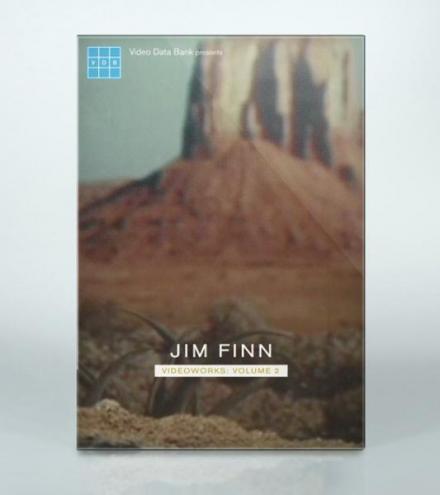 Jim Finn’s films and videos have been described as “Utopian comedies.” In the four works that comprise Jim Finn Videoworks: Volume 2, the comedy that emerges through Finn's (not so) exaggerated interrogation of the products and symbols of authoritarian State identity gives way to a more solemn and ominous look at the machinations of the State as it seeks the domination and pacification of its publics.

In Decision 80, Finn appropriates network-TV footage of Jimmy Carter’s ‘I see risk’ speech from the 1980 Democratic Convention. Against an ominous soundtrack we see Carter’s equally foreboding prophecy of the times to come, followed by the culmination of Carter’s vision of despair and surrender, Ronald Reagan’s dreary drive to the Whitehouse beneath a grey sky and amidst rows of leafless trees. The hope for the future had become as muted as Reagan’s surroundings. For Finn, Carter’s was a potential that did not materialize, made symbolically evident by the strained effort of his party to release the balloons at the conclusion of his speech.

In Super-max, Finn films a series of super-maximum security prisons from a moving car, whose images are then interspersed with other scenes of domestication and confinement, such as pet Guinea pigs and a caged Bobcat. These penitentiaries represent an increasingly prevalent prison infrastructure that has steadily replaced the farming and manufacturing economies in these areas. By examining these penitentiaries, which dominate the landscape as much as they dominate those incarcerated within their walls, we come to see this realignment of local economies as reflective of America’s broader evolution into a disciplinary society.

Finn continues his interest in the apparatus of domination with Great Man and Cinema, where he shifts his attention to Kim Jong Il’s use of the State film studio as a device for the dissemination of propaganda. By depicting demonstrations of skill and athleticism, Kim Jong Il sought to communicate the physical and cultural refinement, and thus superiority, of the Korean people, who dedicate their bodies willfully to the Party, satisfying its desire for collectivism and a homogeneous State identity. Dick Cheney in a Cold, Dark Cell shows Finn returning to his darkly satiric and comically absurd take on political critique, as he montages drowning scenes from various movies, including The Omen II, all set to Judy Garland’s The Man Who Got Away. 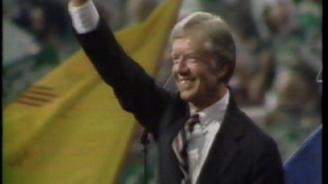 Appropriated network-TV footage of Jimmy Carter’s "I see risk" speech from the 1980 Democratic Convention meets Reagan’s gloomy inaugural ride through D.C.: "If you succumb to a dream world, you’ll… 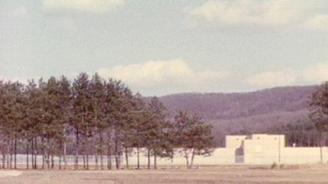 I drove around the U.S. filming these super maximum-security prison buildings the spring and summer after the World Trade Center bombing. I knew that counties within various states had been… 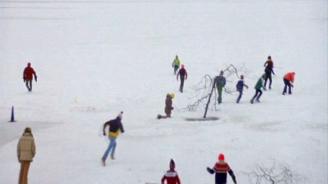 River ice sets the scene for Judy Garland's international justice cri de coeur. It's hard to understate the amount of anxiety created by a vice president who usurped authority for eight years to… 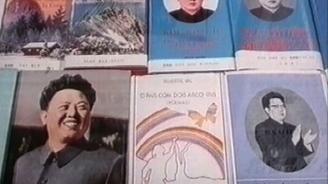 Kim Jong Il, the Stalinist David O. Selznick, runs the state film studio as a way of promoting his own and his father's cult of personality. The film's title, Great Man and Cinema, comes from a…