Tran, T. Kim-Trang was born in Viet Nam and emigrated to the U.S. in 1975.  She received her MFA from the California Institute of the Arts and has been producing experimental videos since the early 1990s.  Her work has been exhibited internationally.  In 1999 Tran presented her Blindness Series in a solo screening at the Museum of Modern Art.  Two of her videos were included in the Biennial exhibition at the Whitney Museum of American Art, and the Blindness Series was featured at the 46th Robert Flaherty Film Seminar, both in 2000.  Her video project, an eight-video series investigating blindness and its metaphors was completed in 2006.  Tran has been nominated for a CalArts/Alpert Award in the Arts and was named a 2001 Rockefeller Film/Video/Multimedia Fellow.  The fellowship has enabled her to develop an experimental narrative feature titled Call Me Sugar, based on the life of her mother.

Tran also collaborates with Karl Mihail on a project known as Gene Genies Worldwide© (genegenies.com).  Their conceptual and public artworks on genetic engineering have exhibited at the Ars Electronica Festival in Austria, Exit Art, the Tang Museum at Skidmore College, and elsewhere in the U.S.  She is currently an Associate Professor of Art at Scripps College.

More information on Tran and her expansive practice is avaliable via the 2016 digital publication more than meets the eye: the videos of Tran T. Kim-Trang. This publication contains a number of original critical texts, from scholars such as Lucas Hilderbrand and Holly Willis, which were commissioned in 2009 by Video Data Bank as part of The Blindness Series box set. 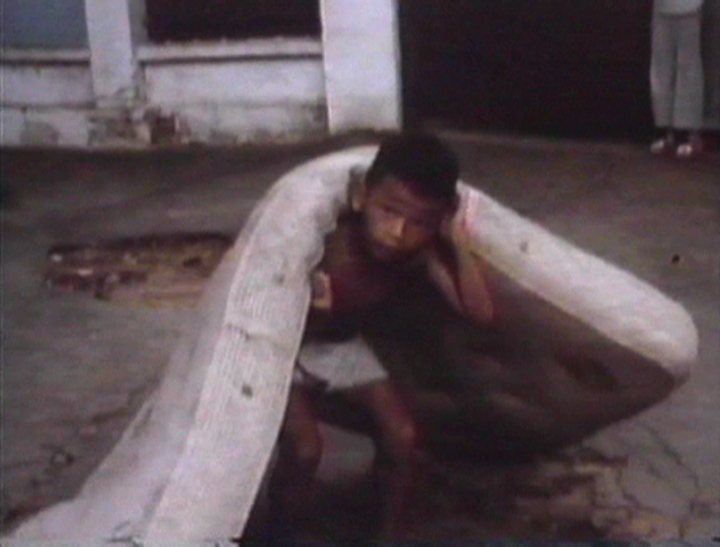 Press
The Blindness Series
Essay
Eyes to See With