Michael Robinson (b.1981) is a film and video artist whose work explores the joys and dangers of mediated experience. Borrowing the formal skins of structural film, the emotional cues of pop songs and employing a woozy toggling of public and personal memory, his work strives to cultivate new resonances between seemingly disparate elements, harnessing the surface connotations of specific landscapes, television shows, texts, songs and sounds as psychological triggers, ripe for reconfiguration.

Robinson’s films and videos have screened internationally in both solo and group shows at a variety of festivals, cinematheques, museuems and galleries. His work has been discussed in publications such as Cinema Scope, Artforum, and Art Papers, and he was listed as one of the top ten avant-garde filmmakers of the 2000's by Film Comment magazine. He holds a BFA from Ithaca College, an MFA from the University of Illinois at Chicago, and has been awarded artist residencies from the Headlands Center for the Arts and the Wexner Center for the Arts. 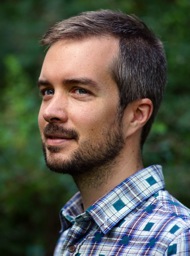