Throughout his career, John Baldessari has defied formalist categories by working in a variety of media—creating films, videotapes, prints, photographs, texts, drawings, and multiple combinations of these. In his use of media imagery, Baldessari is a pioneer "image appropriator," and as such has had a profound impact on post-modern art production. Baldessari initially studied to be an art critic at the University of California, Berkeley during the mid 1950s, but growing dissatisfied with his studies, he turned to painting. Inspired by Dada and Surrealist literary and visual ideas, he began incorporating photographs, notes, texts, and fragments of conversation into his paintings. Baldessari remains fundamentally interested in de-mystifying artistic processes, and uses video to record his performances, which function as "deconstruction experiments." These illustrative exercises target prevailing assumptions about art and artists, focusing on the perception, language, and interpretation of artistic images. These demonstrations provide an introduction to the major preoccupations of Baldessari's work, and the linguistic and aesthetic philosophies that inform it.

Born in 1931, John Baldessari studied art, literature, and art history at San Diego State College and the University of California, Berkeley. Influenced by dadaist and surrealist literary and visual ideas, he began incorporating found materials (billboard posters, photographs, film stills, snippets of conversation) into his canvases, playing off of chance relationships among otherwise discreet elements. Baldessari explains: "Everybody knows a different world, and only part of it. We communicate only by chance, as nobody knows the whole, only where overlapping takes place." Allowing pop-cultural artifacts to function as "information," as opposed to "form," Baldessari's works represented a radical departure from, and often a direct critique of, the modernist sensibility that dominated painting for decades. In 1968, Baldessari met poet and critic David Antin, who helped launch Baldessari's career, introducing him to a like-minded group of emerging conceptual artists including Lawrence Weiner, Joseph Kosuth, Dan Graham, and On Kawara—all of whom would have a great influence on the development of Baldessari's work. Baldessari's videotapes, like his phototext canvases, employ strategies of disjunction (Some Words I Mispronounce, 1971), recontextualization (Baldessari Sings Lewitt, 1972), and allegory (The Way We Do Art Now and Other Sacred Tales, 1973)—pointing to the gap between perception and cognition. 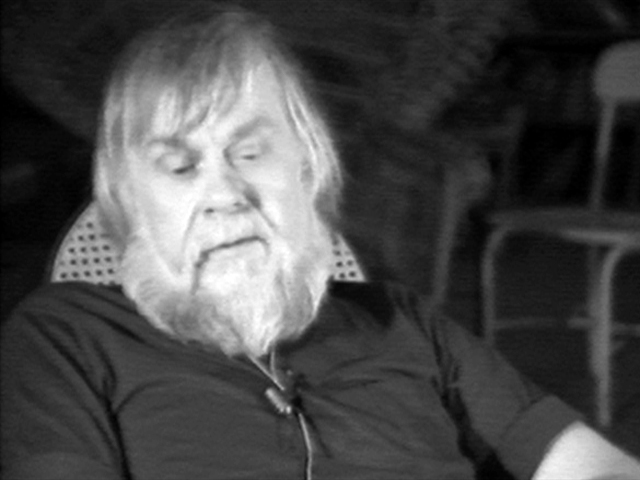