A note from Dani: "I have changed my name to shed a patriarchal inheritance that I don’t endorse. Sheilah and I named ourselves ReStack, based on a poem by Anne Carson”.

Dani ReStack is an associate professor of art at Ohio State University. In 2009 she received an MFA in film/video from Bard College, and in 2003, an MFA in Studio Arts from the University of Illinois at Chicago. She has screened her single-channel videos at the Rotterdam International Film Festival, PS1, Chicago Underground Film Festival, Lincoln Center, and Anthology Film Archives, among others. Her single channel videos were included in the 2017 Whitney Biennial. ReStack is a recipient of the UnionDocs UNDO fellowship, Kazuko Trust Award, a Wexner Center Film/Video Residency, the Milton Avery Fine Arts Fellowship, and the Astraea Lesbian Foundation for Justice Visual Arts Grant. Residencies include MacDowell, Vermont Studio Center, The Headlands, Cove Park Scotland, Kunst Eckenforde and the Women's Studio Workshop. Her experimental videos have been purchased by Vassar College, Mills College of Art, Light Works, The University of Buffalo, and NYU. Her drawings are included in the permanent collection of MoMA.

Leventhal ReStack on her own work:

• I start with a subject that I care deeply about.

• I concentrate on fear, desire, anger, confusion, and love.

• I concentrate on the emotional relationships between humans, humans and animals, and humans and their environments.

• I am particularly interested in the way we develop based on our experiences in childhood, and then the process of undoing it.

The work takes multiple forms and encompasses a broad range of themes, ranging from the explicitly political to the mundane and domestic.

The use of montage has been consistent. I complicate and make meaning in editing. I cut two shots together that will provide a third meaning or I lay things side by side according to sound, form, or color. The camera becomes an extension of my body and a means of making experiences material. The images I collect work together according to an emotional logic.

Dani ReStack describes the creation of her moving-image works as a process of “accumulation and excision.” In videos such as Sister City and the companion piece Platonic (both 2013), ReStack collects and chisels moments, stories, and images, placing them within loose constellations rarely unmarked by the specter of death. ReStack shoots her own footage, often involving individuals who are close to her, but treats the resulting images almost as a bank of found material to be manipulated and recontextualized through montage. Her cutting is intuitive, not systematic. Micronarratives of birth, aging, awkwardness, and pain gradually take shape without ever fully congealing, as ReStack allows her images to breathe even as she transforms their tenor through assemblage. The textures of the everyday are refracted through an intimate sensibility that dwells in the vulnerability of our fleshy bodies, our need for care and communion—and our cruelty.

ReStack frequently turns to animals—dead and living, domesticated and wild—as part of her exploration of how bodies, of whatever species, inhabit the world. She pays no mind to traditional hierarchies, allowing not just horses and cats into her bestiary, but roadkill and anemones, too. A similarly egalitarian ethos pervades her organization of the many fragments she brings together in these lo-fi, diaristic works. The utterly commonplace might stand next to a fleeting moment of beauty or a recounted episode of brutality—all are accorded equal status under ReStack’s gaze. The fragile bodies and relationships between people that appear onscreen find themselves redoubled by the delicacy of the accords between ReStack’s images and sounds: a snake fiercely devouring a mouse cuts to a child in a superhero costume; a luminous jellyfish is accompanied by asynchronous sound, in which a woman asks incredulously, “How can someone say there’s no God?” In other hands, the combination of radically heterogeneous materials can figure as a violent levelling of specificity. ReStack, however, brings a tremendous sensitivity to the unlikely connections she forges, creating force fields of affinity and difference that extend across human, animal, and environment. 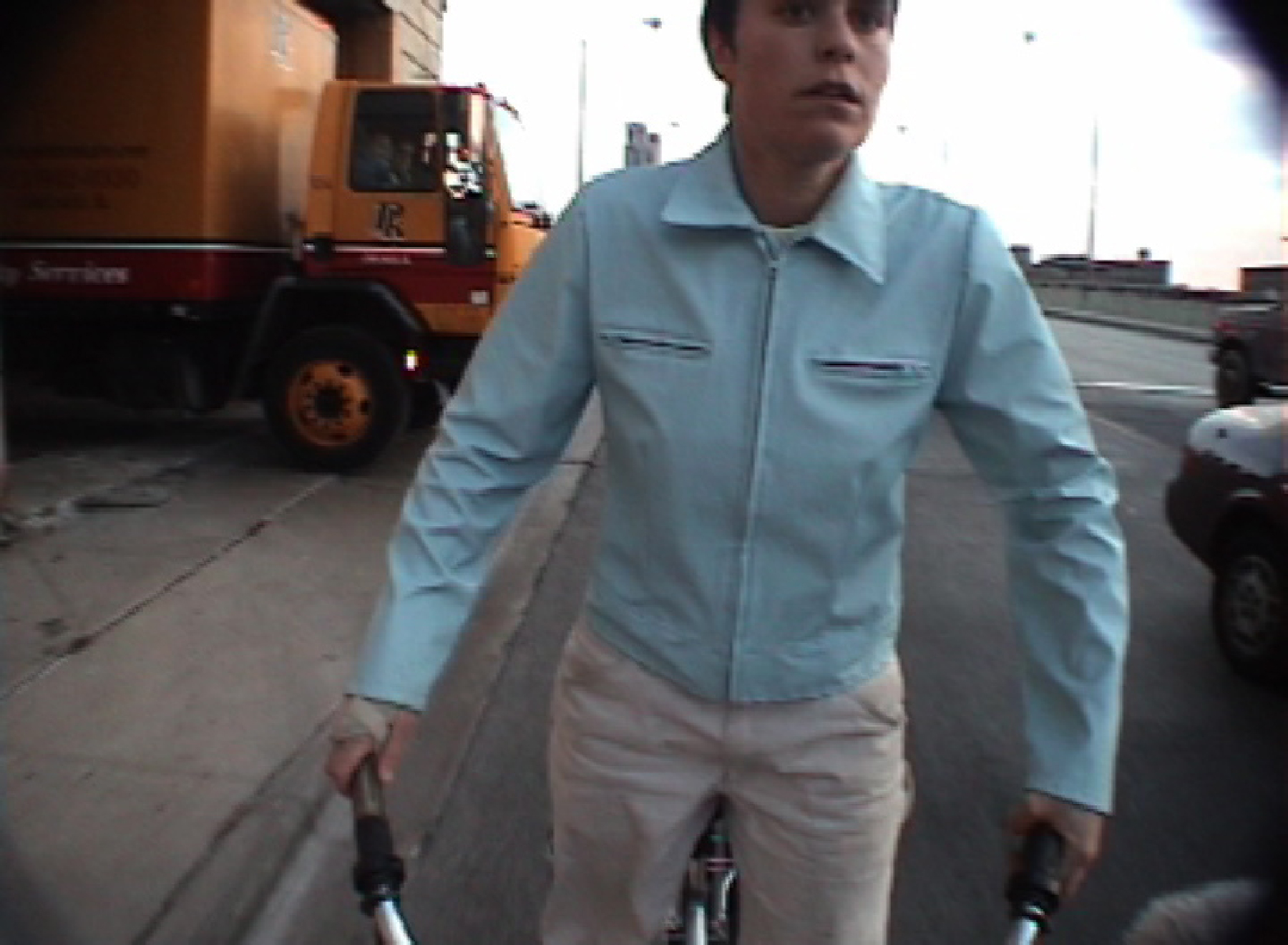