Sculptor Lynda Benglis executed a number of videos in the mid 1970s, continuing her exploration of female sexuality and identity—an overriding theme in her work. The interest in human form and presence in her process-oriented sculptural work finds its way into her self-reflexive, investigative videos. Benglis aggressively uses the properties of the video medium to expose the process and limitations of the form—for example, re-shooting footage on the monitor and technically manipulating the image on screen. In this way, Benglis negotiates a personal space for herself, maintaining a deliberate distance from the medium. Using her own body and creating multiples of her image, Benglis interrogates the relation of the self to the body—focusing on the interface between our inner and outer realities.

Linking art world practice to feminist discourse she produced Home Tape Revised, Female Sensibility, and How's Tricks—which together read as an anthropological study, each work forming a chapter in the "woman as nature/woman outside of culture" continuum. Within the context of feminist film theory of the gendered gaze, and contemporary theories of authorship, the importance of Benglis's video work emerges. Sensitive not only to debates of orginality and the construction of the artistic subject, Benglis's work consistently critiques what are believed to be video's "inherent" properties: the sense of "real" time, its supposedly immediate and truthful relationship to the world, and its privileged viewpoint in relation to events. 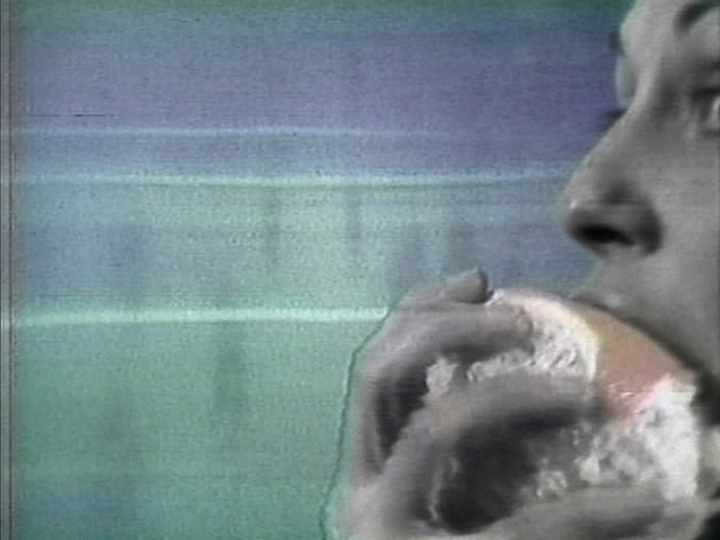