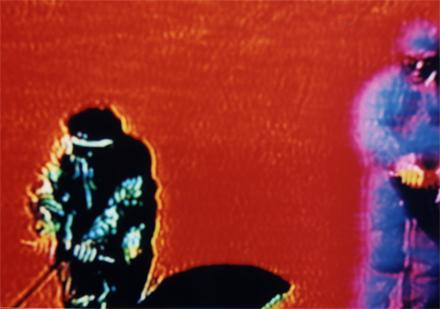 This 2-disc compilation gathers together for the first time all of the HalfLifers single-channel work produced between 1992 and 2010, and features rarely-seen documentation of several large scale media installations. Also included are excerpts from early projects created prior to the official formation of the collaboration, along with the complete text of a 1999 Film Comment essay, "Quest for What: Jim Supanick Locates the HalfLifers in the Video Badlands."

HalfLifers projects have been presented at venues around the world, including the Museum of Modern Art, New York; the Whitney Museum of American Art; the Pacific Film Archive; the New York Video Festival; the Chicago Underground Film Festival; Video_Dumbo; the Impakt Festival; the Stuttgart Filmwinter Festival for Expanded Media; EMAF; and many others. Their work was recently included in the book, Radical Light: Alternative Film and Video in the Bay Area, 1945 - 2000. 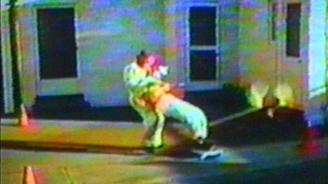 In this attempt to resolve the on-going crisis, Burns and Discenza find themselves in, variously, a childrens adventure playground, a garage and a yard. They utilize a mechanical digger to dig the… 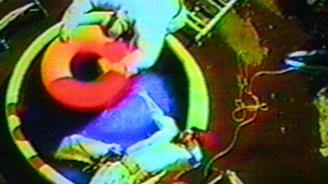 Burns and Discenza continue to battle invisible forces with the use of various children’s toys, cars and a mechanical digger, a paddling pool, rubber rings and ladders. Eventually they escape the… 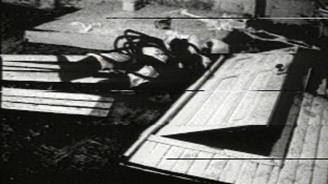 Various scenarios are envisaged where a rescue might be possible. Props include a hoist, a trolley, various doors and windows, ladders and a length of hose. It is unclear whether our two heroes…

Actions speed up, slow down, and run at regular speed. The usual props are there, as is a wet dog. Subtle nuances are revealed as the behavior of the anxiety-laden protagonists is rendered, for once… 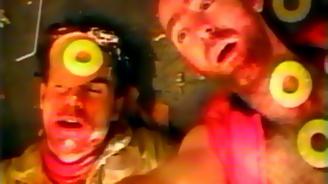 This first work in the HalfLifers' Action Series plunges into a world of frantic heroes trapped in a continual crisis of dissolution and reification. An ordinary domestic setting is recast as a…

In a fictional conduit space, language and function are recontextualized as the HalfLifers struggle to re-assess the nature of their mission while engaged in an eternal cycle of maintenance and… 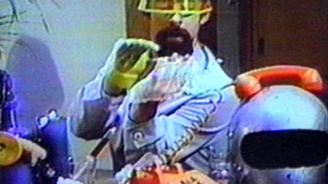 I.S.L.A.N.D.S. #1: In Residence Dual trajectories through lush innerscapes propel us into color-saturated action-scenarios where the mission to re-establish identity and sustain communication… 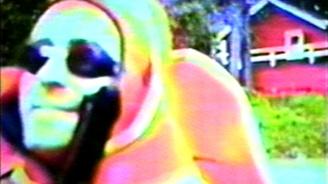 A HalfLifers journey to a lush interior landscape where some domestic chores and an unexpected encounter provoke a crisis at Mission Control, paving the way for a seasonal reflection upon the meaning… 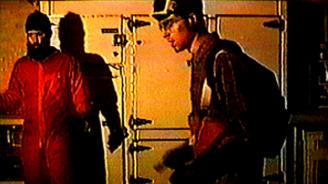 The third installment in the Action Series. Two characters engage Ann Hamilton's Headlands kitchen-space and create temporal resonances. To survive they must break the fast (a midnight snack) and… 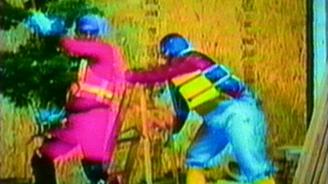 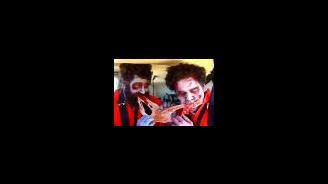 The HalfLifers exhume cinema’s favorite incarnation of mindless, decaying mortality, the Zombie, in the hopes of breathing new life into this misunderstood figure. From a panel discussion in an old…

HalfLifers: And Who Shall Rescue the Rescuers?, Video_Dumbo, Brooklyn, NY, September, 2011